Marketing & Communications
England overcame Germany in extra time to win the UEFA European Women's Championship for the first time.
Shares
England were crowned UEFA Women’s EURO 2022 champions with a dramatic 2-1 extra-time victory against Germany to win their first major title in front of a record crowd.

It is the country's first major trophy since the men's side won the World Cup in 1966, and 87,192 fans witnessed the occasion in a sold out Wembley Stadium which broke the record for a European Championship Final attendance. It’s been a remarkable campaign, with England putting in some memorable performances throughout an unforgettable month. And the Lionesses had to overcome their toughest test in the final, against the most successful nation in UEFA Women’s EURO history with nine titles to their name.
Head Coach, Sarina Wiegman took over the squad last September and was filled with praise for her team: “If you really want to win, really want to become better every single day, you can do it and that is what I have noticed the whole year.
“We agreed on a couple of things about behaviour and they weren’t just words, we lived it and this is the result.
“It was such a tight game with Germany... There was a little bit of fighting, but who cares we won and we are European champions.” 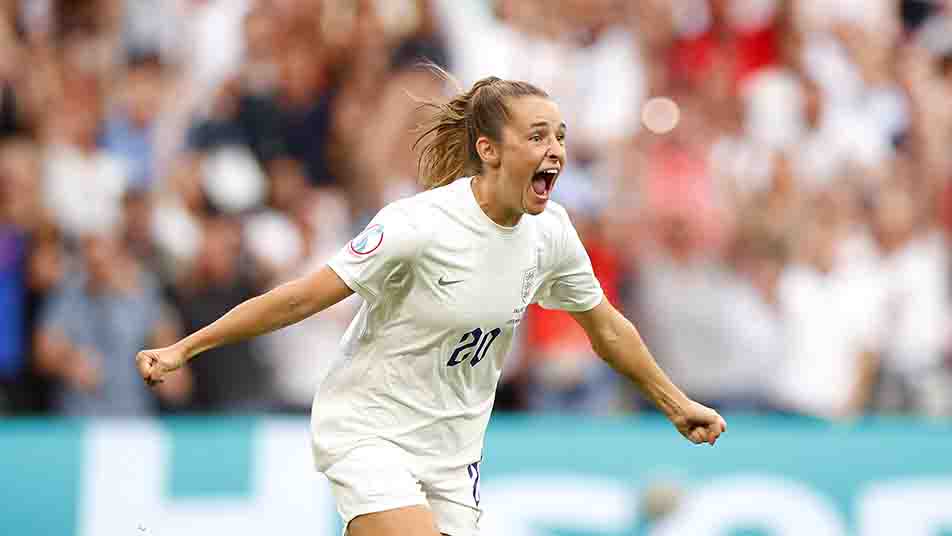 Nothing could separate the sides after a physical first half, before Ella Toone’s outrageous chip put England ahead and blew the roof off Wembley.

Germany found themselves back in it 17 minutes later though, as Lina Magull finally got past a stoic Mary Earps to take the game to extra-time.

But substitute Chloe Kelly provided the decisive goal on 110 minutes, poking home from close-range before wheeling away in celebration in front of 87,192 fans. Check out the highlights from momentous occasion at Wembley Stadium:

Norfolk's own Lauren Hemp put in another fine performance for England, demonstrating a tireless work rate throughout the 118 minutes she was on the pitch. And it was the former North Walsham Town and Norwich City player that delivered the corner leading to the all-important match winning goal from Chloe Kelly. With the victory marking a huge moment in history for the female game, another surge in interest is expected for the already fastest growing sport in the country.

Norfolk County FA Chief Executive, Matt Carpenter said: "What a day yesterday was! It was the first time in my lifetime that I got to see a Senior England team lift a major trophy and it was an unforgettable occasion made even better by the fact that a player from Norfolk was an integral part of the team.

"My congratulations go to everybody involved, not only those in the current set up, but also to all of those who have played a part in helping Women's and Girls' football get to where it is now.

"However, there is plenty more to do and it is hugely important that all of football now pulls together to maximise this opportunity.

"Thousands of women and girls of all ages will have been inspired by the achievement of the Lionesses in being crowned European Champions. We need to make sure that this unique moment in time serves as a springboard to push the female game to even higher levels, both in terms of achievements at the higher echelons but also at the grassroots level, ensuring that every girl who wants to get involved in football can do so."

Football Development Officer (Women's & Girls') Harry Diggens said: "The Lionesses have captured a huge audience with the success of winning Euro 2022, and the female pathway is stronger than ever within Norfolk Football. I am incredibly proud to play a small part, continuing this journey within the game locally, looking to provide more opportunities for women and girls in Norfolk to participate.

"I must thank the dedicated individuals working across local communities, who are working tirelessly to provide an attractive provision depending on the individual motivations. This is only the start of this incredible journey, with the next chapter being the most exciting of them all."

Whether you are looking to play, coach, referee, volunteer or simply support the women's and girls game this season; find out more here: